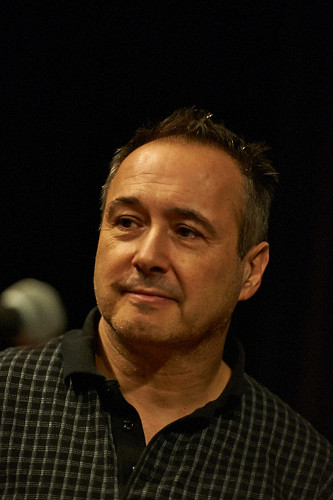 Yep, that's me, 45 years after I took my first picture and developed it myself in a home made darkroom. For a while, I went everywhere with that camera, a Yashica D reflex model. Actually it was my uncle's and it made him very nervous when I use to take it skiing; yes, downhill in the winter cold.

Later, music compelled me and I came to Toronto to 'make it' but never did quite. As part of a wonderful showband called "Shazam" in the 70's and 80's, I travelled North America with my girlfriend playing great and sometimes not-so-great venues. Most noteable were the MGM Grand and Royal York Hotel in Toronto. I still shot but not nearly to the degree or intensity of my early years.

So 10 years ago, I decided to start taking photographs again. I started back in with a simple Minolta digital camera, then moved to Nikon where I have owned 4 of them and 3 remain.

Look around the site. I hope you enjoy the photos as much as I do taking them. And feel free to contact me any time.